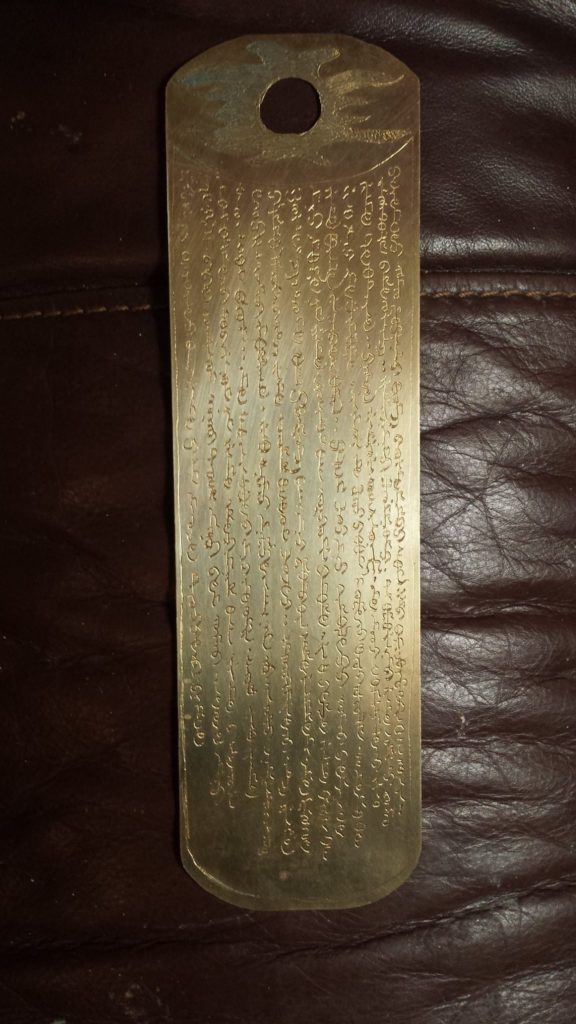 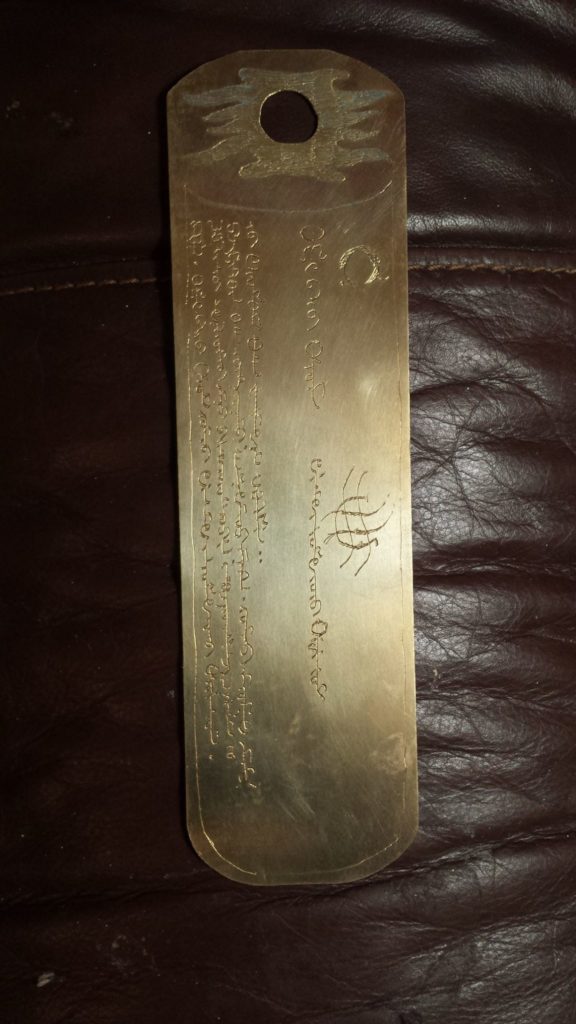 Many cycles of the sun have passed, since Yessunge Altan did pack his ger and leave his honored position in the Keshik of the Great Falcon Khan.

He followed his heart, far to the east and north, to find himself in a land virtually surrounded by the dark ocean waves.

Undaunted by the watery bane of so many of his Mongol brethren, He made his home in the Canton of Distant Shore, to serve the Khan of the Blue Tygre Ordu.

Such was his prowess and service to his new home, that he was soon named Bagadur, a hero of the people.

Since that acclaim, he has continued to labor greatly. Training warriors, promoting the arts and sciences, and hosting many gatherings for the enjoyment of all.

Now, Omega Khan and Etheldra Khatun, would reward his steadfast loyalty with a symbol of abiding friendship, and name him a Baron of their court.

You may view the latest post at http://falconbanner.gladiusinfractus.com/2016/10/06/court-barony-scroll-for-yesungge-altan/ You received this e-mail because you asked to be notified when new updates are posted. Best regards, The Falcon Banner [log in to unmask]
-- Manage your subscription at http://listserv.unl.edu