The Falcon Banner has posted a new item, 'Highlights from Toys for Tots 2017'

The main news is, of course, the donations to the USMC Toys for Tots drive to provide toys for children whose families cannot. This year our donations were even more important; in October thieves broke in to the storage locker where donations were being stored and made off with several large boxes.

As usual, Calontir came through. The final count on toys was 2371 toys collected. 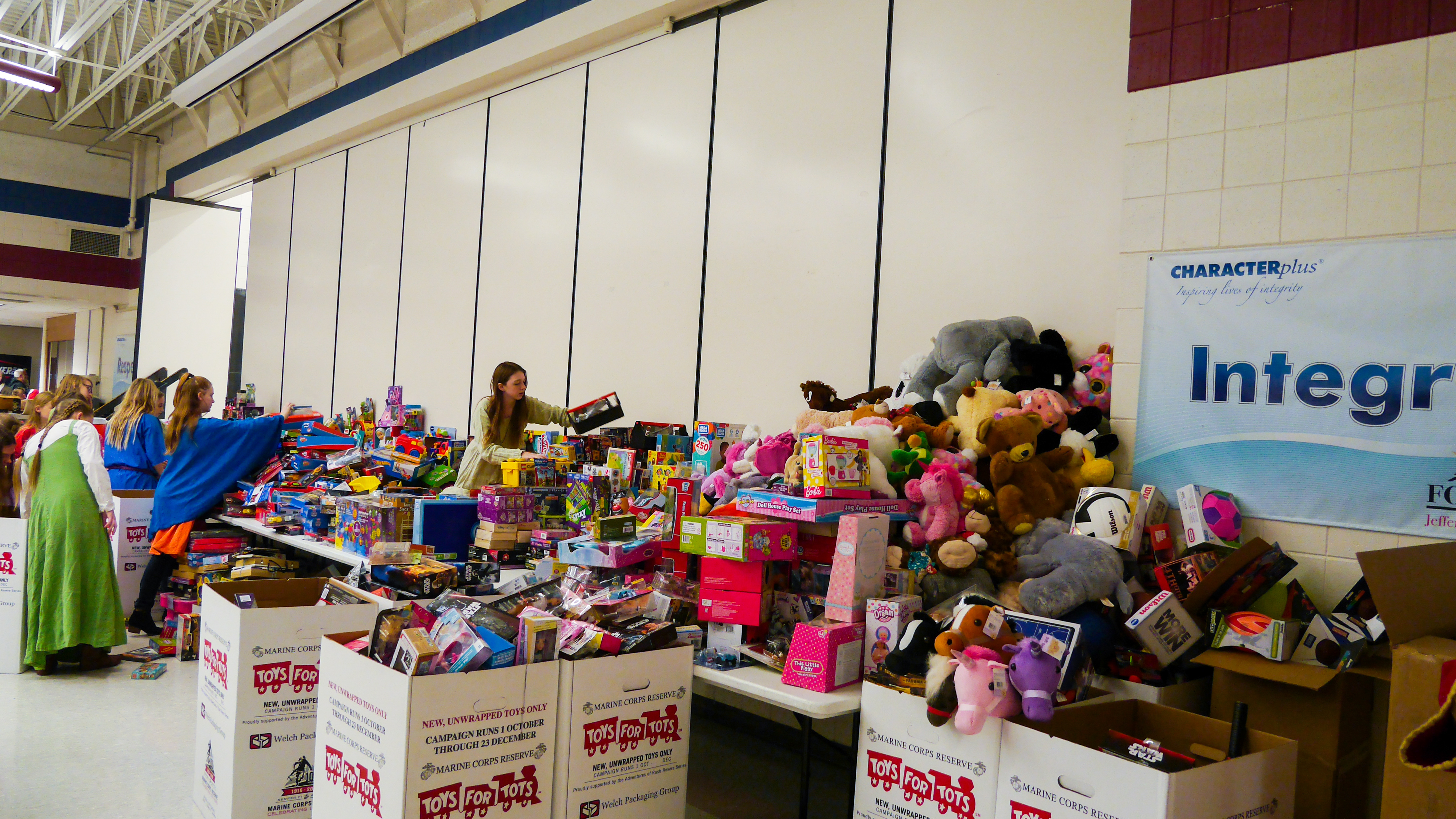 And once again this year, the local USMC presented the Kingdom with an award, the Coordinator’s Award. Their Royal Majesties and Their Royal Highnesses accepted the award and had Their photos taken with the local Sea Cadets.  The Award was later presented to Halvgrimr Riddari , who has been a driving force behind this…and also brought the most toys, over 300. 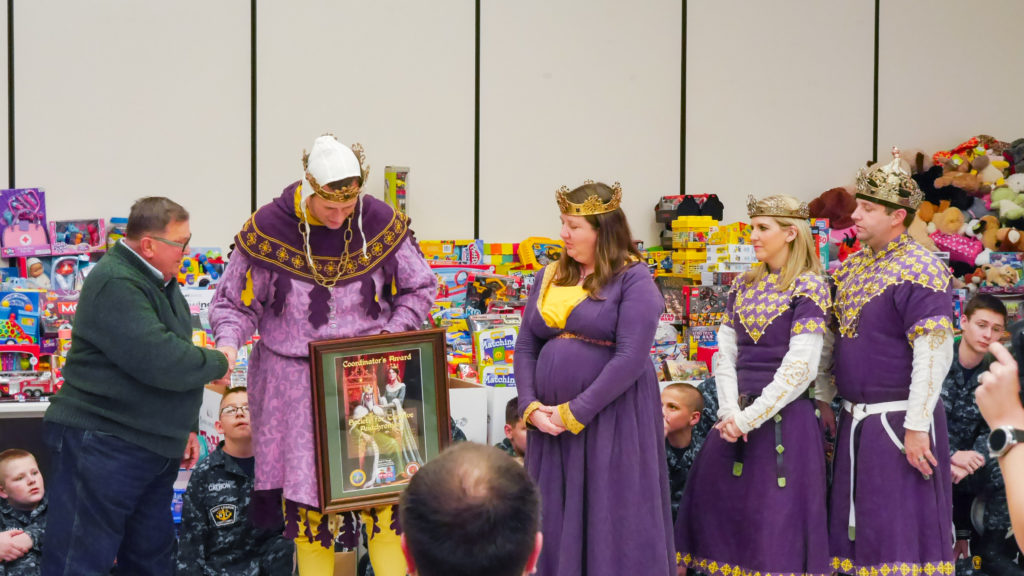 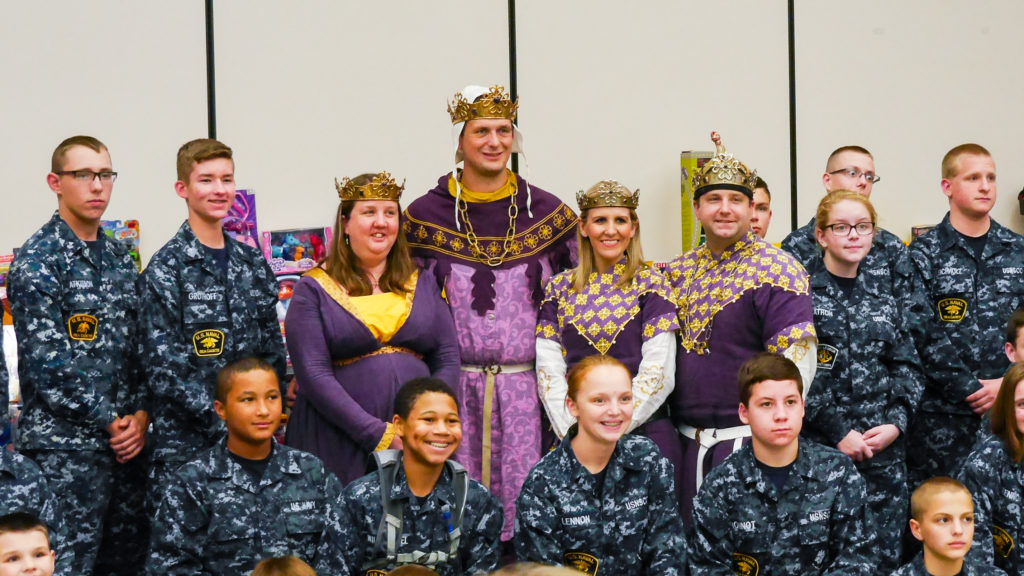 In addition there was a silent auction to benefit our friends in Ansteorra and Trimaris. The auction raised $434, which will be split between the two kingdoms.

The next big news was the elevation of the three premiers of Calontir’s Order of Defense, Donald Andrew MacDonald, Gawin Kappler and Ravasz Janos. The event was well attended by Masters from other kingdoms, wishing to lend their support.

We did not get any photos of the Toys for Tots tournament, but the Youth Combat and Cut & Thrust tourneys were well attended and well fought. Several folks stated this was the largest C&T tournament ever in Calontir, and I believe it may well have been. 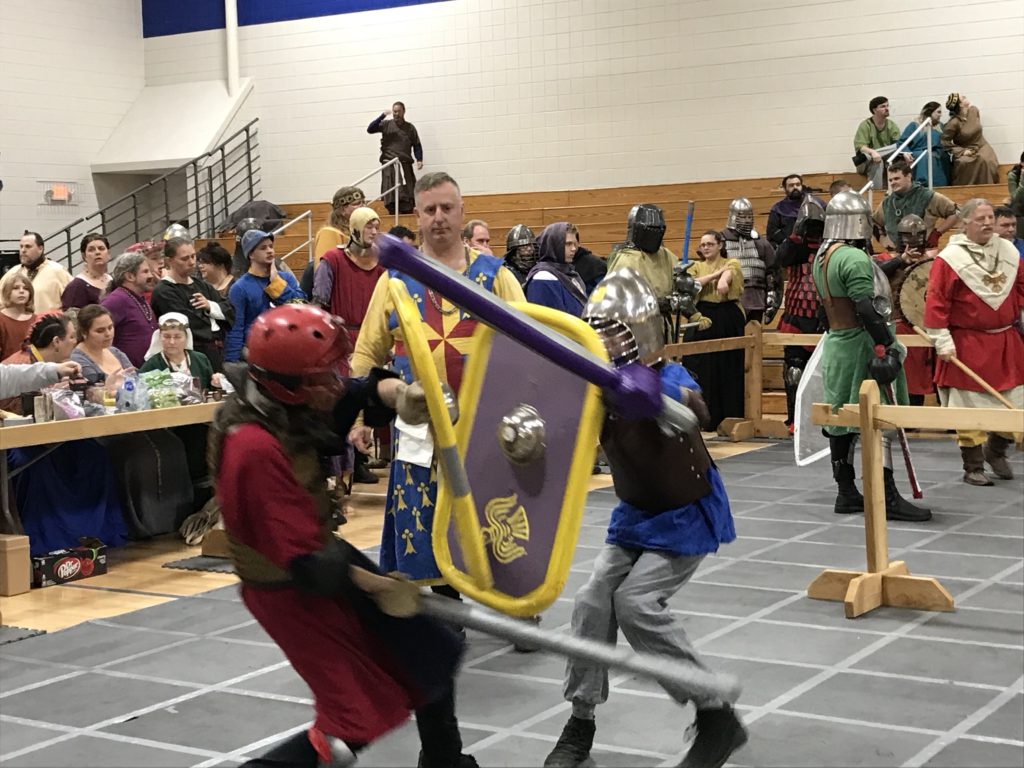 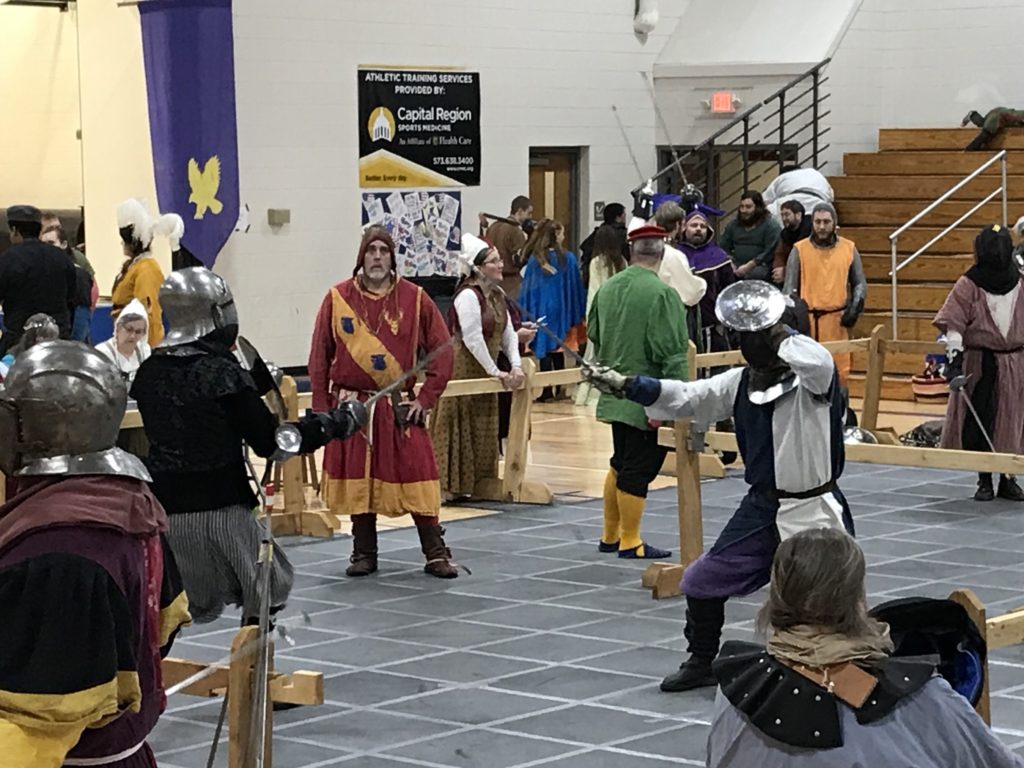 You may view the latest post at http://falconbanner.gladiusinfractus.com/2017/11/21/highlights-from-toys-for-tots-2017/ You received this e-mail because you asked to be notified when new updates are posted. Best regards, The Falcon Banner [log in to unmask]
-- Manage your subscription at http://listserv.unl.edu