The Falcon Banner has posted a new item, 'A Review of "The History of English Podcast"'

Editor’s Note: Do you have a favorite history podcast? Share it! Send your review to the Falcon Banner at [log in to unmask] 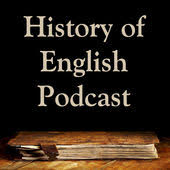 The History of English
“The Spoken History of a Global Language”
By Kevin Stroud
http://historyofenglishpodcast.com/

If you’ve ever looked at an Old English document and wondered how we got from that to now, you’ll love this podcast. Stroud has made what could have been a mind-numbingly boring topic into a fascinating podcast. The podcast began in June 2012 and currently is at episode 106.

He begins with our language’s proto-Indo-European roots, discussing how the people who spoke it came to spread it all over Europe and beyond. He explains how pronunciation shifts occurred, things like how “p” became “f” (like how “pater” became “father”) and how we can trace the development of the language through those consistent changes.

Stroud’s website is good, too. He has entries for all his episodes. Some include maps that show migrations or areas where certain languages were prevalent. A couple have audio samples, such as Gregorian chants and a group singing “Sumer Is Icumen In.” I expect as he progresses into the later centuries he’ll have more such resources available.

Stroud also plans to include samples of various English speakers’ accents in future episodes to illustrate the evolution of modern English accents and dialects. On his website he has a place for people to leave a voice sample, asking everyone to list the place where they acquired their accent and say the same 13 sentences, such as “The ten steel beams are still supporting the tin roof” and “The goose took a bath in the mill pond.”

The History of English has an active community who ask questions, offer corrections, and generally comment on the interesting bits of information we learn every two weeks. Most of this is on the website, but there’s also a Facebook page.

Like many podcasters, Stroud has a Patreon page for donations. But his approach to fundraising is low key. He has two audio books for sale, one on Beowulf and the other on the alphabet. “Beowulf Deconstructed: The Old English of Beowulf” is available for $6 or $0.99 each for six chapters. “The History of the Alphabet” is in two parts, each $3.

I listened to the Beowulf audio book, and I liked it, but if you know much about it, or about Old English, it may feel like he’s covering well-tread ground. His focus is on the language, after all. But the best reason to buy these episodes is to support a podcaster who provides his main chronological narrative completely for free. This is especially true of Stroud, who has no ads on his podcast or website.

You may view the latest post at http://falconbanner.gladiusinfractus.com/2018/01/17/a-review-of-the-history-of-english-podcast/ You received this e-mail because you asked to be notified when new updates are posted. Best regards, The Falcon Banner [log in to unmask]
-- Manage your subscription at http://listserv.unl.edu