The Falcon Banner has posted a new item, 'History of Byzantium Podcast Review' 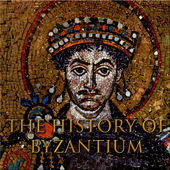 The History of Byzantium
“A Podcast Telling the Story of the Roman Empire from 476 AD to 1453”
By Robin Pierson
https://thehistoryofbyzantium.com/

Editor’s Note: Do you have a favorite history podcast? Send a review to [log in to unmask].

Pierson loved the popular History of Rome podcast and was saddened that Mike Duncan didn’t continue past 476 AD. Pierson believes – as many SCA folk do – that “Rome” only ended in the West. In fact, he calls the people of the Eastern Empire “Romans” throughout and only named his podcast “The History of Byzantium” to avoid confusion. He began his podcast in May 2012 and currently is at episode 159.

I had not listened to The History of Rome before binge-listening Pierson’s podcast, so I will simply present his statement about it:

“I have tried to remain faithful to Mike’s structure of half-hour installments told from a state-centric perspective. My innovation is to pause the narrative at the end of each century to take time to cover wider issues to do with Byzantium”

I particularly like this approach. After several episodes of battles all over Anatolia and the near east, or discussions of warring factions inside the Theodosian Walls, I can hear about everyday people, learn what’s been happening in the Caliphate and Europe, and hear Pierson’s answers to listener questions.

Pierson occasionally interviews someone, such as a grad student studying the period or Mike Duncan. He asks for and answers questions listeners send him during the end-of-century episodes. Once he did an episode completely from the viewpoint of a soldier. It’s the only time he’s done a fictionalized episode.

Pierson’s approach to fundraising is one I like. Rather than ask for monthly donations, every year or two he does an episode you must pay for. He did this for episodes 28, 77 and 129. You can always skip them.

He also offers side episodes that you can purchase. He did several on John of Chrysostom, a couple on the life of Porphyrius the Charioteer, one on Symeon the Stylite, a couple on Procopius, who wrote a biography of Justinian and a secret history full of snipe and spite. He did a sale episode on the origins of Islam early on, and the most recent two are on Roman healthcare. The early episodes are available for $5 each and the later ones for $7.

Pierson now offers a $42 yearly subscription to all these pay episodes and promises six new side episodes each year. If you want to listen to all these, and want to see them just appear in your feed, this is a good choice. But it’s a bit rich for my blood. I’ve bought the fundraiser episodes to ensure I don’t miss anything and skipped the rest. I’m up to episode 130 now.

Except for those three pay episodes, he continues the chronological narrative for free.

I also like the website. It includes his Audible recommendations, his recommended sources and maps. Since I generally listen to podcasts while doing other things, I’m not always near the computer to review the maps he provides. As a result I often am in the dark about exactly where the Romans are until later. Byzantine history is an area I’m not familiar with, so the names, and particularly the place names, tend to pass me by until I have time to look at the map, but others may not have this problem. For example, I don’t have this problem when listening to English history podcasts. I’m guessing some of you would not need his maps at all.

The History of Byzantium is currently in an end-of-century overview for the period 913-1025 AD. (Note: He breaks his centuries unevenly in order to line up with the change in emperors.) The most recent episode was about Byzantine funeral practices and where the emperors are buried.

You may view the latest post at http://falconbanner.gladiusinfractus.com/2018/01/31/history-of-byzantium-podcast-review/ You received this e-mail because you asked to be notified when new updates are posted. Best regards, The Falcon Banner [log in to unmask]
-- Manage your subscription at http://listserv.unl.edu