There was a Baronial Moot that was given a title of "Peasants' Revolt". Essentially, it was a little court schtick. Some bloody bags that appeared to contain heads were brought in to present to the Crown as proof that the insurrection was put down.
Ayisha
On Mon, Aug 27, 2018 at 12:38 PM, Lady Rosalie Langmod <[log in to unmask]> wrote: 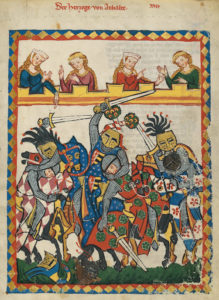